While I believe America definitely has the upper hand when it comes to the Christmas holiday season, Japan takes the cake a week later for New Years. In America, my experience has been that New Years is just an excuse to party. In Japan however, there’s a whole list of traditions surrounding New Years. Since this isn’t a post about Japanese traditions, I won’t go into all of them, but I will share with you one of my favorites – hatsuhinode (初日の出). Hatsuhinode literally just means the first sunrise, and it’s a tradition I love to participate in with the Japanese each year. I was especially excited about this year however, because in December I finally got my Japanese driver’s license, which meant I had more interesting potential locations this time around. Having considered different options, my family decided to head to Kyujyukyurihama (say that 3 times fast!) which is a long stretch of beach on the Pacific coast of Chiba Prefecture. We left our house at 4:30am, and it was a good thing because it took us quite a while to find a parking spot due to the crowds of folks who had also come for the sunrise. Anyway, that is where this photo comes from – the first sunrise on Japan’s pacific coast. As you can see, cloud cover rather blocked the view of the sun itself, but we could see the light and beautiful colors enough to make it worth the trip. If you’re ever in Japan at New Years, take my advice – forgo partying all night in Tokyo, and get up early to enjoy the first sunrise. Likely the best trade you’ll make all year.

In terms of processing, this photo is a bit complicated because there are several different elements that I wanted to process differently. For simplicity’s sake, I’ll lay it out in generalized steps. First, I used a series of luminosity masks to control lighting across the entire image, especially focusing on the lighting in the foreground. Second, I added a variety of layer adjustments to control color, contrast, etc, which especially helps draw out the lines in the sand that go in the direction of the water. Third, I added some sharpening filters specifically for the foreground elements. Finally, I added some color to the sky via a new layer in soft light blend mode, coupled with a luminosity mask to control the area this was applied to. If you have any questions, feel free to ask in the comments! 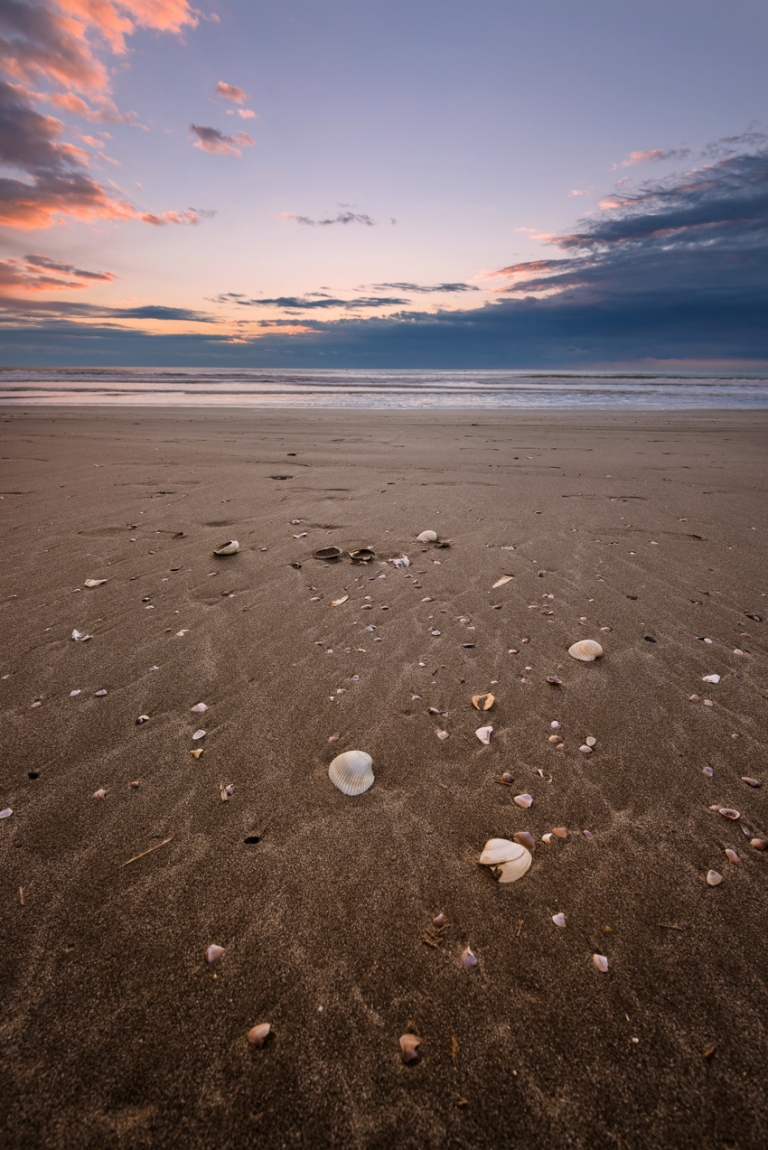