Autumn Beneath The Meganebashi Bridge

After a day  in Kawaguchiko and another day in Karuizawa, fellow photographer Anthony Wood and I found ourselves traveling along the mountain roads of Gunma Prefecture. The area was remarkably similar to some of my favorite places in the US, and with the autumn colors going strong, it was hard not to stop every half mile to grab another photo. We had a couple of specific destinations we were aiming for though, one of which was the Meganebashi Bridge. Meganebashi literally means glasses bridge, a name given due to its shape (and a name which also makes the additional “bridge” in English redundant, but language is weird like that). This bridge used to be a spot where trains would cross the ravine below, but now it is just a nice landmark for tourists or train enthusiasts, and a reminder of times gone by. Once Anthony and I arrived at the bridge however, we could hear the ravine calling our name – there was a large stream running through it with lots of nice rocks and potential places for some long exposures, so we ended up spending the majority of our time down in it. I really wanted to capture a nice photo or two of the bridge, but at the time we arrived the light was uneven, which is a common problem on sunny days in the mountains. As we were leaving though – and I was already lagging behind at this point – I saw this scene and had to stop and capture it. Despite rushing myself a bit to take it, I like how it turned out. It captures the feel and the colors of the scene well in my mind. 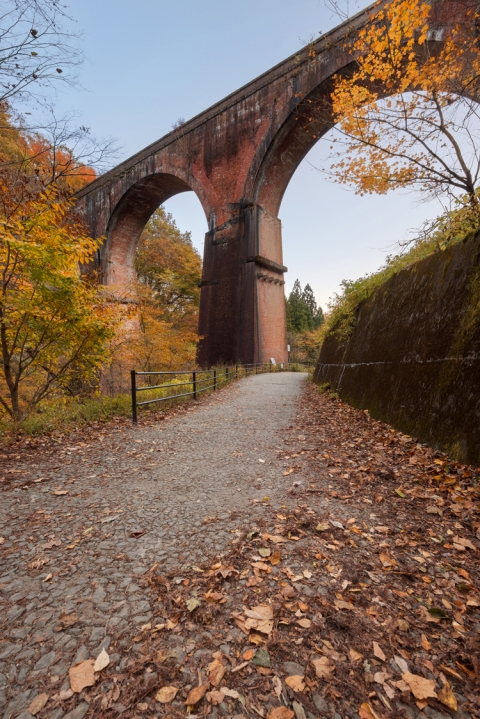