Getting through the winter months around Tokyo is kind of tough for me. The area doesn’t see a lot of snow as it is, and even when it does, it’s not typically very much and doesn’t stick around for long. Mostly things are just cold and dead, waiting for the revival of spring. To be fair, spring brings the cherry blossoms which is well worth the wait, but it’s still tough to sit around so much as a photographer.

The off time leaves me with little to do but work on projects slated for release later in the year, and occasionally go over unedited photos from the past. That’s probably a good thing, though after a month or so it gets old. Anyway, today I did both, and the photo below is the fruit of the latter effort. I’ve been really missing nature lately, so it seemed like a good day to work on this image, taken at Sabbaday Falls in New Hampshire last August (2015). Sabbaday Falls is such a beautiful area, and pretty easy to access. Though, if you want this particular picture, you have to be willing to go to a somewhat precarious spot at the edge of the main falls. I would say it’s generally safe as long as you’re careful and the flow of the water is mild, but it’s up to you as to whether it’s worth the risk! 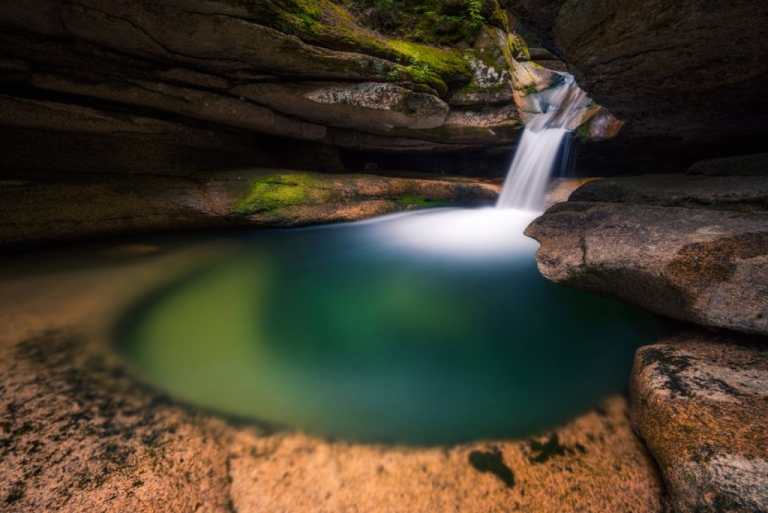