This is one of my favorite images of the Tokyo Skyline. It’s also a shot that wasn’t particularly easy to take. This photo was taken from the Funabori Tower, which is on the outskirts of Tokyo. It’s a wonderful observatory to view the city from, as it’s quiet and out of the way. But if you want to get shots of the city you may be in for a challenge. That’s due to the fact that you’re not allowed to use a tripod, and since the observatory is pretty far away from the main part of the city, you’re going to need a pretty decent zoom lens. In my case, I took this photo using Nikon’s 70-300mm VR telephoto lens. It’s a fine lens for what it does, but the further you get zoomed out, the harder it’s going to be to keep it steady.

I took this photo at 180mm. The general rule is that you need to keep your shutter speed at least equal to the focal length to keep things sharp. Unfortunately, with this lens things get soft very quickly if you go too wide, so I also needed a pretty tight aperture. Add in the fact that it was night, and it was clear I was going to require a fairly low shutter speed. When I took the final photo, I was at 180mm, f/14, ISO 640, and a shutter speed of 5 seconds . But how to do that without a tripod? I made due with what I had. There was a windowsill that the camera could rest on, however it wouldn’t rest the lens as well. So I stuffed my gloves under the lens (it was Winter when I took this) and went from there. One thing that helped was setting my camera to Mirror Up mode, which reduces vibration when taking a photo. I’m really glad I went ahead and did what I had to in order to get this shot, because it’s one of my favorites! And it’s a great lesson – don’t let your perceived limitations prevent you from getting a good photo. Work with what you have, and you might just come up with something you love. 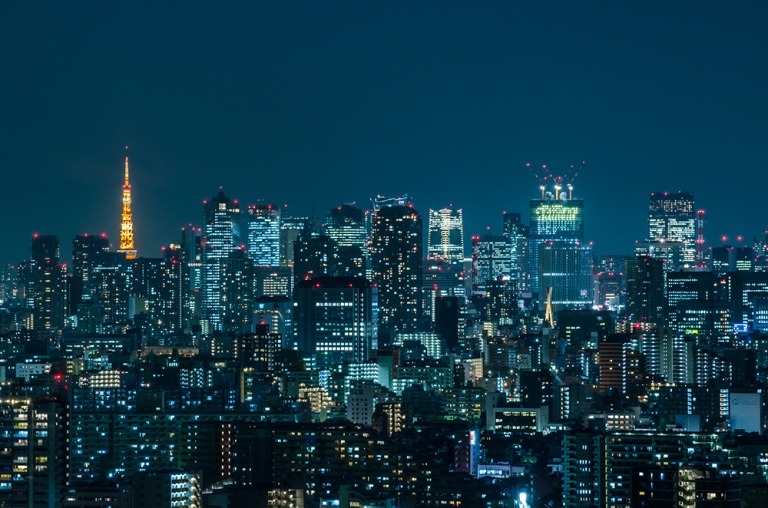 Posted in Japan, Tokyo
0 comments
“Death Spread of Autumn” and Having Your Camera Handy »