This past weekend in my town here in Japan, my family was able to enjoy the annual summer fireworks festival. From the end of July through much of August, towns all across the country hold their own special fireworks displays, and people come out to watch them, often wearing traditional Japanese clothing. Being as popular as it is, it can get very crowded – there were at least tens of thousands of people line up along the Edo River to watch the fireworks this year, and quite possibly that number reached into the hundreds of thousands. Thankfully, you can go early in the morning and lay out a blanket for later if you want, so I went with one of my daughters by bike and found a good spot to shoot from. Unfortunately there were some lights I didn’t see during the day time that interfered with some of the shots I wanted, but I got some photos I like, and I thought I’d share a few with you here.

If you’re interested in learning about how to photograph fireworks for yourself, make sure to check out this article: Photographing Summer Fireworks 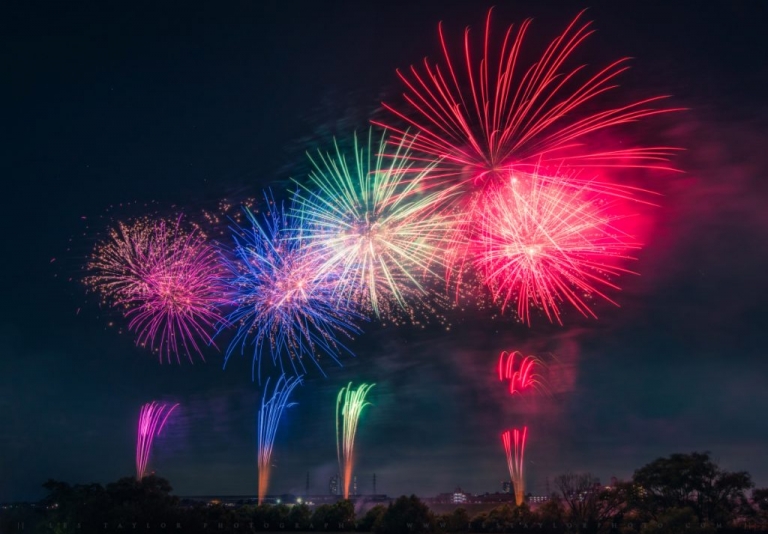 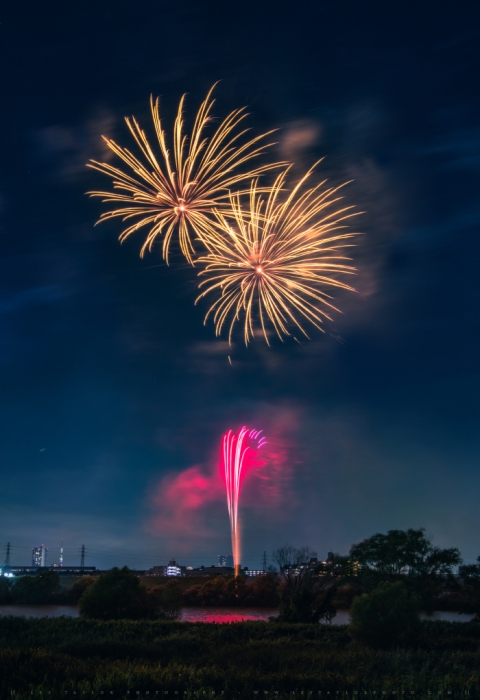 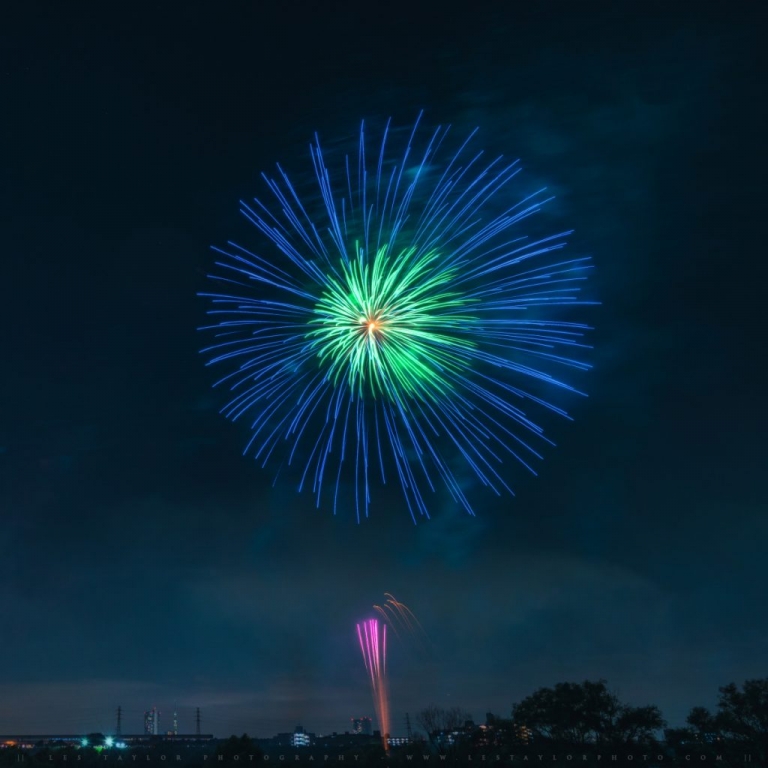