Everyone loves fireworks! They’re beautiful, bright, and just generally awesome. And no matter where you live, you’re likely to have at least one day during the year when your town hosts a grand fireworks display. In Japan this is certainly the case, particularly during the month of August, when fireworks festivals are held across the country. As a photographer, a fireworks display is lots of fun to shoot, but it can also seem a bit difficult to capture the majesty of each burst. How do you photograph the movement, the color, and the general atmosphere that makes these events so magical? Read on to find out… 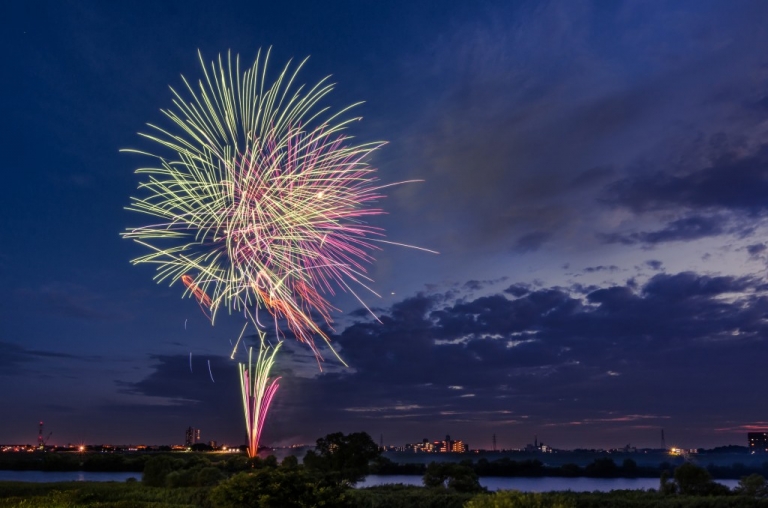 What Camera Do I Need?

There’s a lot you can do with whatever you have. Many cameras, even fairly inexpensive ones, may come with a firework mode built in. If your camera has that, try it out! You might be surprised how intelligent these modes can be for specialized situations. That having been said, in general, the more control you have, the better. In the case of fireworks, that means being able to keep the shutter open as long as you like, and not all cameras can do that. But wait! Don’t run out and drop $6000+ on a Nikon D4s or something. A camera like the Nikon D3200 would be perfectly fine. It sells for less than $500, and that’s with the superb 18-55mm kit lens! Whatever you’re using, the main thing is that you know how to use it, and that you can keep the shutter open at least for a few seconds.

What Lens Should I Use?

As I often mention here on my blog, it’s good to capture of a range of photos. With fireworks, you might want to zoom in on some of them and be wide on others. Keeping that in mind, a basic kit lens like the 18-55mm lens I mentioned before is going to work like a charm. You’ll be able to change quickly and easily, adjusting your lens to the changes in the show. For the photos in this post, I used two lenses: the Tokina 11-16mm f/2.8 and the Nikon 35mm f/1.8G. The wide angle did come in handy at times when the fireworks became larger (and thus wouldn’t fit in the frame of a smaller lens), but in general you’ll probably be all set with a standard kit lens.

What Accessories Do I Need?

There are two accessories I highly recommend if you want to take photos of fireworks. You might could get by without them, but they’re game changers in my opinion.

So that settles your basic needs for shooting fireworks. The next question is, how do you shoot them? 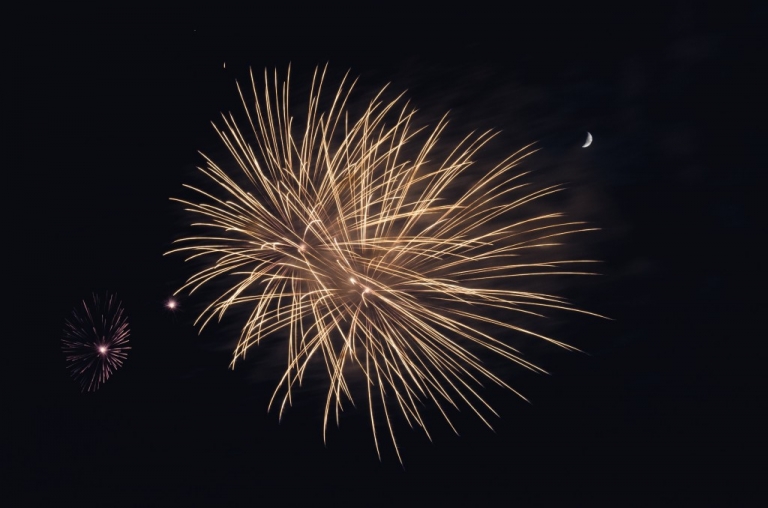 How To Take Firework Photos

Taking photos of fireworks really isn’t that difficult, once you know what you’re doing. And it’s also a very rewarding endeavor if for nothing else than getting compliments from friends. People will look at your photos and say “wow, that’s amazing!” with consideration of just a few important points.

Again, shooting fireworks really isn’t that difficult. If you know how to control a few simple aspects of your camera, you’ll be on your way to sharing your own breath taking firework images. I will say though, to whatever degree you can, plan to get to the show early and stake out a good spot. Especially here in Japan, it gets really crowded, and you don’t want to be competing with other heads for a view of the show if you can avoid it.

I hope this helps with taking your own photos, and I hope you’ll enjoy some of my own photos I took using these same methods. 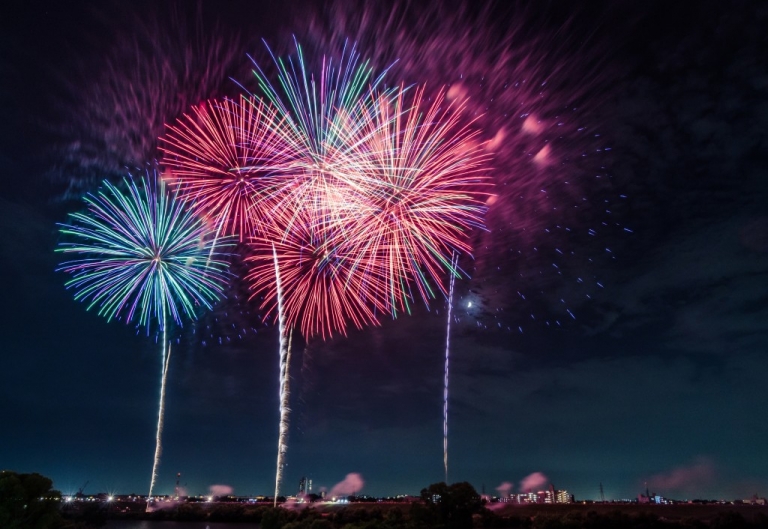 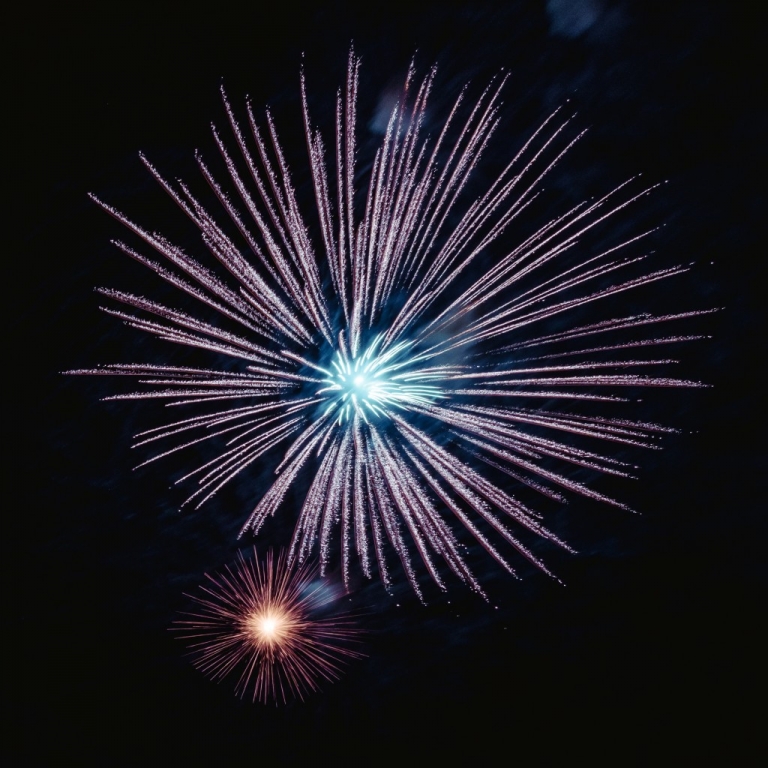 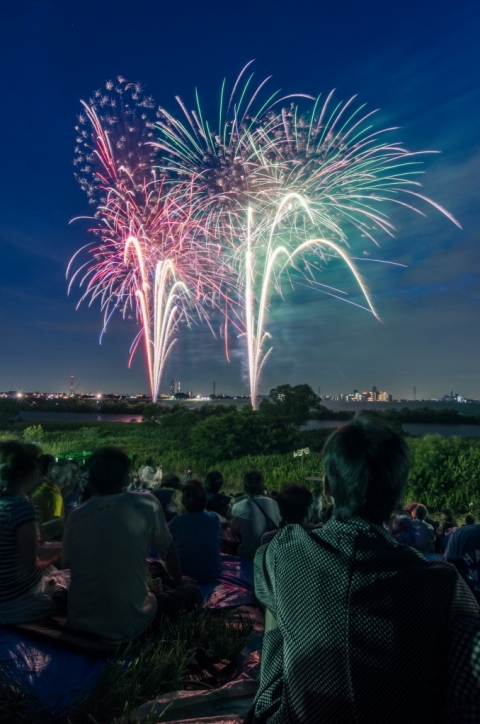 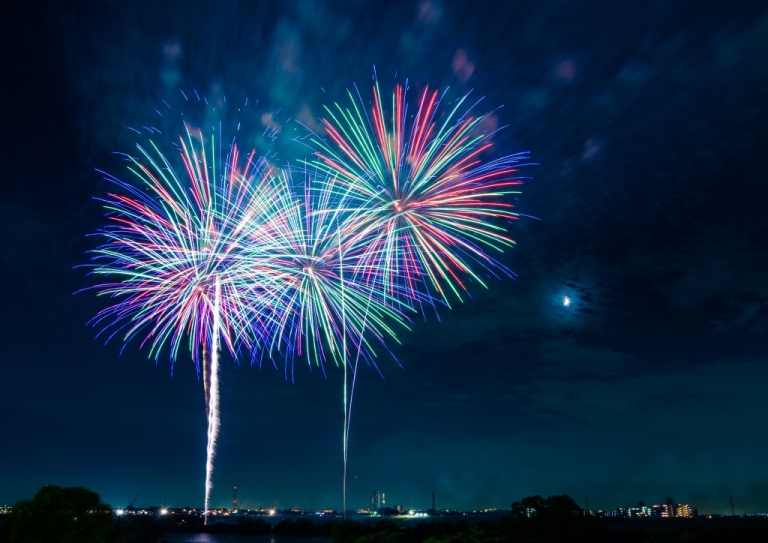