A Speeding Bullet Train in Tokyo

I took this photo of a passing Shinkansen (bullet train) in Tokyo near Hamamatsucho Station. Although not perfect, it’s a pretty decent spot to grab some shots of these trains passing by. Of course, with bullet trains, at least to me, you want to show the movement of the train. It’s part of what makes them so interesting! In order to do that, you can use a process called “panning” which I used to take this photo. Essentially you set a slightly low shutter speed – enough that it would be blurry if you held it still. Then as the vehicle passes by in front of you, you move the camera along with the vehicle. You can do this with anything – people, bikes, cars, and of course trains. This will keep the vehicle in focus (if you pan well enough) while making everything around it blurry, thus giving a great sense of motion. I have another photo of a passing taxi in Tokyo where I used the same process. It’s really fun when done well, although you’re likely to have a good number of shots you’ll have to throw out. But give it a shot anyway! It’s fun to do and makes for some unique photos. 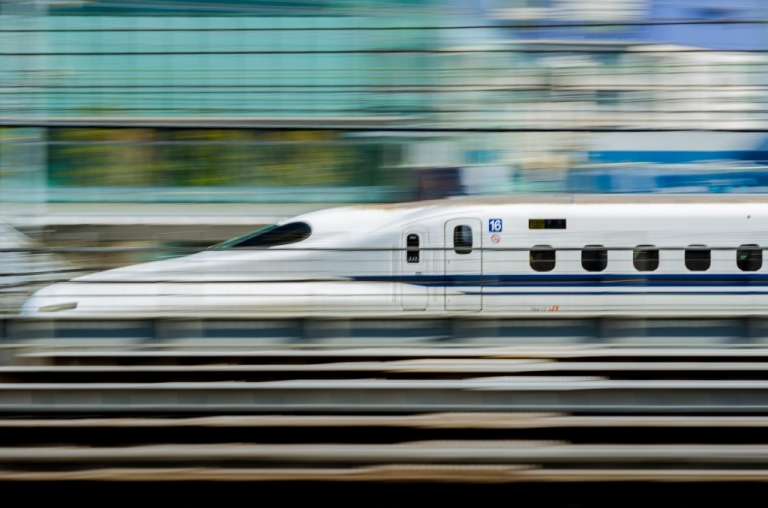