Late Afternoon Over Tokyo || Lightroom Only

02.08.16
The beginning of every year is always a bit busy for my family, filled with many celebrations, among them being my youngest daughter’s birthday. This year we intended to celebrate by taking her to the Tokyo Skytree, but on her actual birthday my son got chicken pox. Then a couple of weeks later when we planned to make it up, she got them as well! Thankfully, this last week we finally were able to make it happen, and I took the opportunity to take some pictures over the city. The Tokyo Skytree is a massive structure, taller than anything else in Tokyo, so it gives you an excellent view of the surrounding area. The 360 view certainly helps make sense of the phrase “concrete jungle.” The city crammed with buildings and roads as far as the eye can see!
Though I personally enjoy nature more than urban sights like this, it’s tough not to be impressed by it. Especially when you think about the fact that Tokyo was all but obliterated by the fire bombings in World War II, it’s amazing to see the expanse of its bustling cityscape today. I tried to capture some of that expanse in this image, and was thankful for the haze that shrouded the scene, as it helped draw more attention to the tall buildings in the distance along with the colors of the sky from the setting sun.
Also, this is yet another image I’ve edited totally in Lightroom. You can see the before and after comparison below. 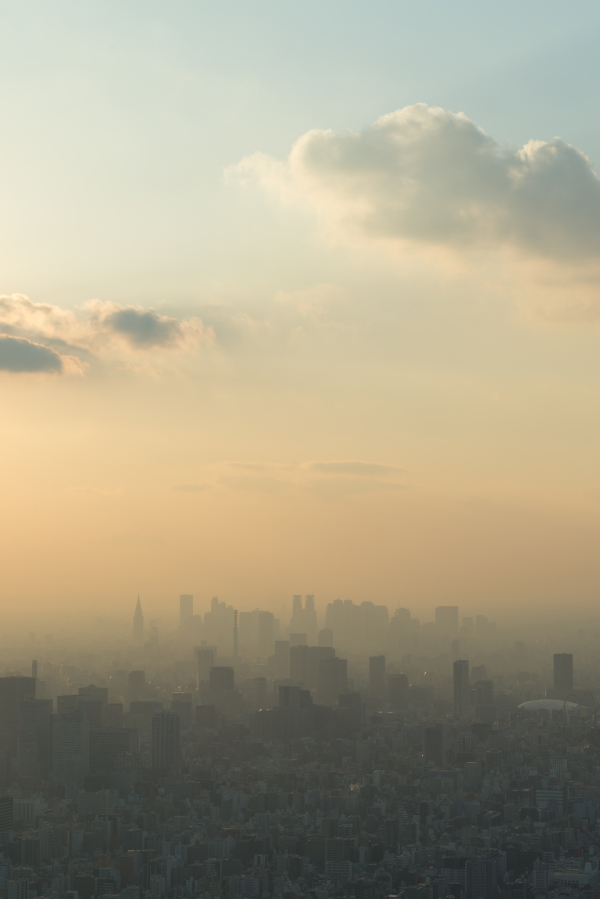 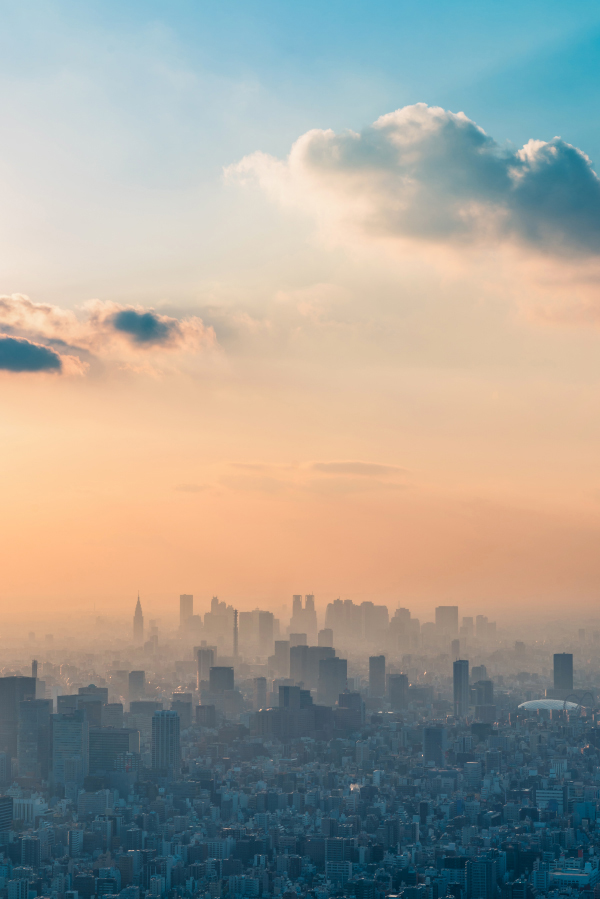 Click Here To Purchase A Print
Posted in Architecture, Before And After, City, Japan, Lightroom Only, Post Processing, Sunrises and Sunsets, Tokyo, Tokyo Skytree
0 comments
« 2016 Cherry Blossom Workshop In Tokyo, Japan
Sunrise On The Beach In Izu and New Quick Tip Video »