I did an assignment about a week ago for Japan Travel down along the Izu Peninsula. I was there shooting the Kawazu Sakura Festival which is held around this time each year. I’ll share a link to the article as well as more photos later on, but this is one that I liked from my visit. This is actually from the nearby resort hotel that I stayed at for the assignment. It would have been nice to have prettier weather, but a good photographer can work regardless of the conditions!

This photo is actually a composite of three version of the same photo. Because the tide was coming in, the water kept coming up to where my tripod was, which meant the tripod itself would actually shift with each wave. This made it impossible to get stable shots, especially since I was doing long exposures. I used lightroom to create several different versions of the photo, primarily to edit the lighting, and then merged those in Photoshop. After that it was a matter of tweaking colors, smoothing out the clouds, and adding detail to the image. Lots of work, but I’m happy with how it turned out. 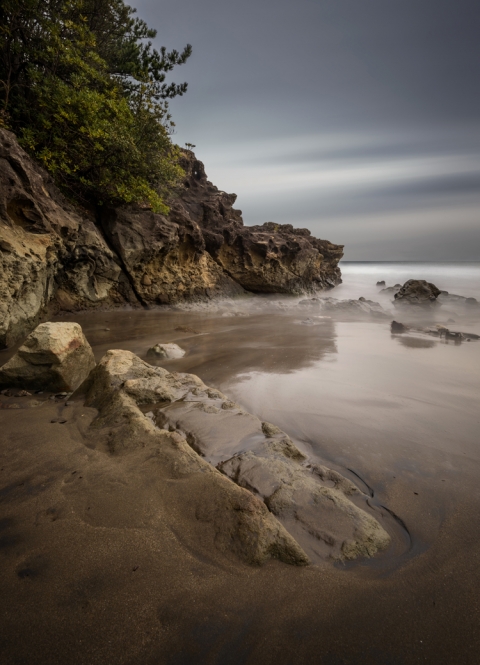