If you follow me on any of my various social media outlets, you’ll know that I was in Kyoto this past week. The main reason I went is to start filming for a digital workshop that I’m planning to release later this year. But one does not simply go to Kyoto to film part of a workshop! You really can’t go without visiting all the amazing places in the city and taking lots of photos. The place I stayed for most of the trip was very close to the lovely Higashiyama Gion district, so I was able to walk around here on several different occasions. The Gion district is known especially as a good place to see modern day Geisha going about their business, and it’s also known for having an awesome vibe of old Japan. While I sadly didn’t capture any great Geisha images, I was able to take some nice shots of the district itself.

This photo was actually a bit of a new editing process for me, as I used the recently added HDR merge feature in Adobe’s Lightroom CC. To be totally honest, this new feature in Lightroom seems nearly pointless. You have almost no control over how it merges the images themselves, and it’s especially bereft of features when compared to software like the oft used Photomatix. That said, amidst all the misses there are sometimes hits, and I think this was one of them. There were a series of minor edits I made to the photo in Photoshop of course, but overall I felt the HDR feature did a good job with this one. Still won’t be using it a lot but it’s nice to have available at times. 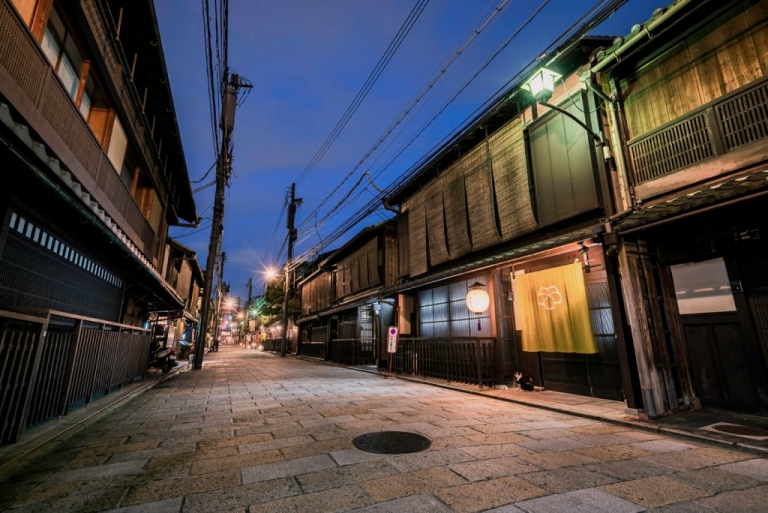