This is another photo from one of the big snows we had around Japan in February. The statue here is called “komainu” – a lion/dog which is believed by some to protect the nearby shrine from evil spirits. I don’t know about that, but I do know it makes for an interesting photographic subject and I’ve often been interested by this particular angle, but until it snowed I had a hard time getting a shot that fit what I was thinking of. One of the great things about snow is that it has the ability to make a scene much less busy, allowing you to focus on a certain point without distraction, since the snow permits a clearer contrast between objects in the right situation. Of course, one does need to be careful not to let the snow get into the camera. *facepalm* 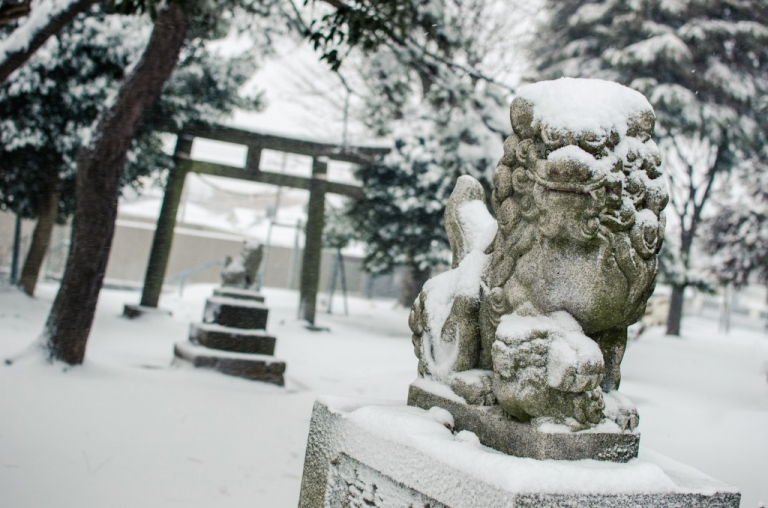