This is another photo from my recent trip through Atami in Shizuoka Prefecture. As I mentioned in a previous post, I got there a bit later than I would have liked, so I ended up taking some shots I hadn’t really planned on in an effort o maximize my time. Sometimes you just have to role with the punches as they say, and as is frequently the case, this ended up producing one of my favorite photos from the short trip.

This photo is is also a chance to share a quick photo tip with you. In this scene, things were actually already pretty dark. But with lots of lights around the town, I knew it could light up the sky nicely in a photo. In order to try to keep the darker areas from ending up too colorless though, I tuned my white balance down towards the blue end, which gave the scene a nice vibrance to an otherwise dark sky, and the electric feel works well with a light trail image like this one. In photoshop I then blended multiple images together to control the color and lighting a little more, which is very important for scenes like this one. 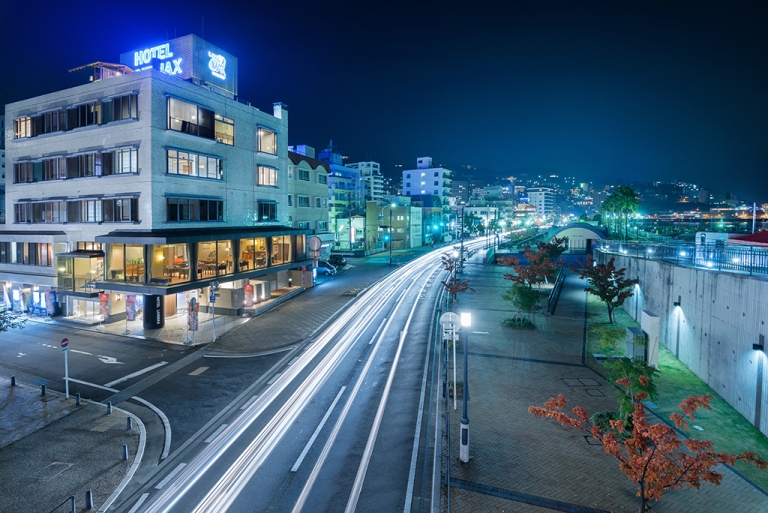