This photo comes from Lake Chuzenji in Nikko. Obviously in this photo my goal was to share the calm atmosphere along the lake. Although I’m not much of a fisherman (at all, actually), I imagine sitting in that boat on the lake at that moment was incredibly relaxing. And while I think it certainly was calm on the lake, on the shore just before taking this photo there was a totally different story going on! If you know much about Japan, you may already be aware that there are many wild monkeys throughout the country. There are certainly plenty in Nikko, and while on one hand they are accustomed to humans, they also can be a bit dangerous. As my brother and I were looking out over the lake taking pictures, we heard a scream in the background. I thought it was just someone playing, but then we heard a man shouting as well. We turned around to see a monkey chasing a little girl down the road! The man screaming was the father who was yelling to distract it from his daughter. Not sure what would happen, I pulled out my tripod prepared to bat a monkey or two around if necessary, but thankfully it did not come to that. The monkeys eventually wandered off, but it goes to show how much can go on behind the scenes of a photo! 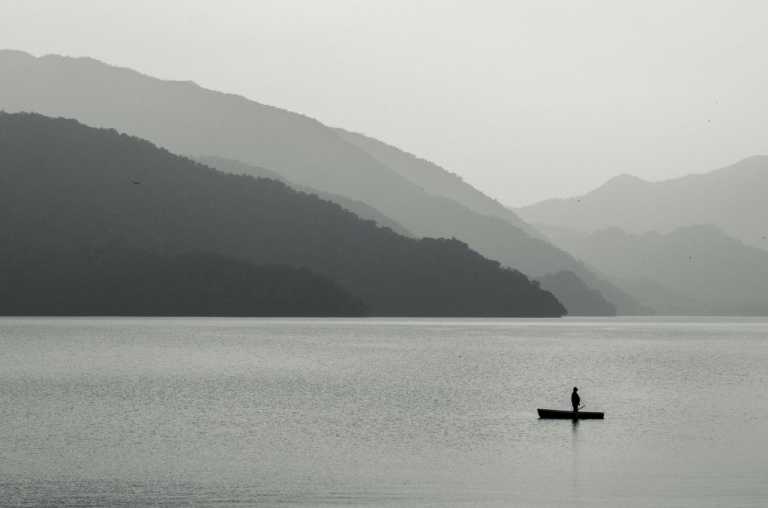