This past weekend I had the opportunity to go to a Yomiuri Giants game at Tokyo Dome with my oldest daughter and some good friends of ours. We had a blast! As both a photographer and a baseball fan, I thought I’d share the experience through photos and talk about a few of the differences I noticed between American and Japanese baseball.

This was actually my first ball game at an indoor baseball stadium. I must admit I’m a bit biased toward open air stadiums, but I was pleasantly surprised with the experience at the Tokyo Dome. That said, my first impression upon entering the stadium was that the field looked kind of small. But my friend pointed out something interesting which likely affected that – at ballparks in the US, the outfield bleachers are a pretty large portion of the stadium, but at the Tokyo Dome the majority of the seats are around the first and second base lines. You can get a feel for what it looked like in this panorama I made. It’s a 4 photo pano, taken on my D7000 with the Tokina 11-16mm lens, stitched and edited in Photoshop CC. 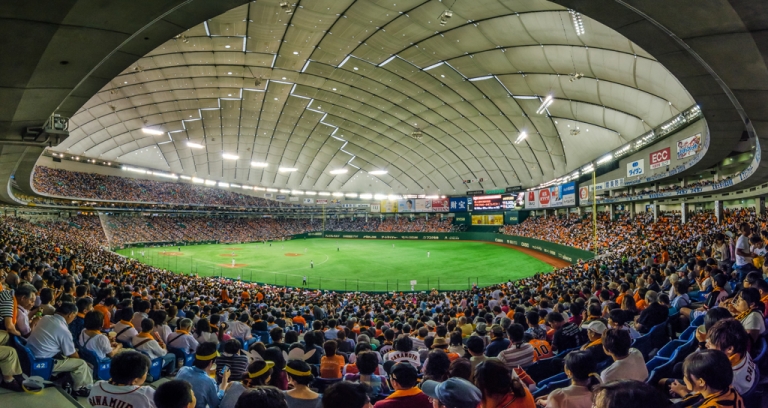 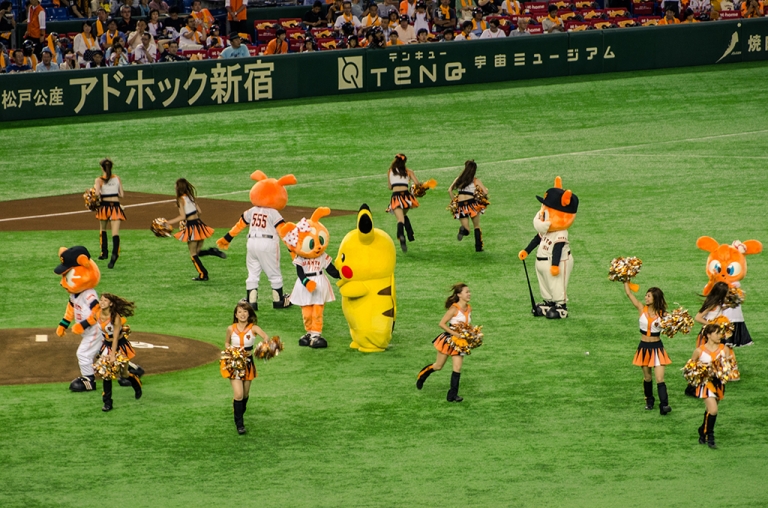 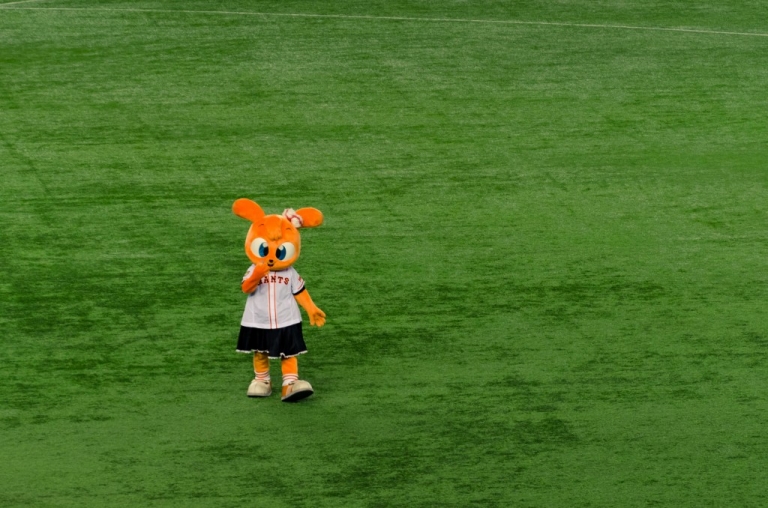 Of course, the basics of the game are more or less the same. Pitchers have to get outs, batters have to get balls in play. I will say that running seems to play a larger part for the team than you might see in the MLB. We saw several bunting situations that you probably wouldn’t see in the States for example, and I think a lot more of the team has speed as compared to US players. Anyone who has watched Ichiro play probably won’t be surprised to hear that though. 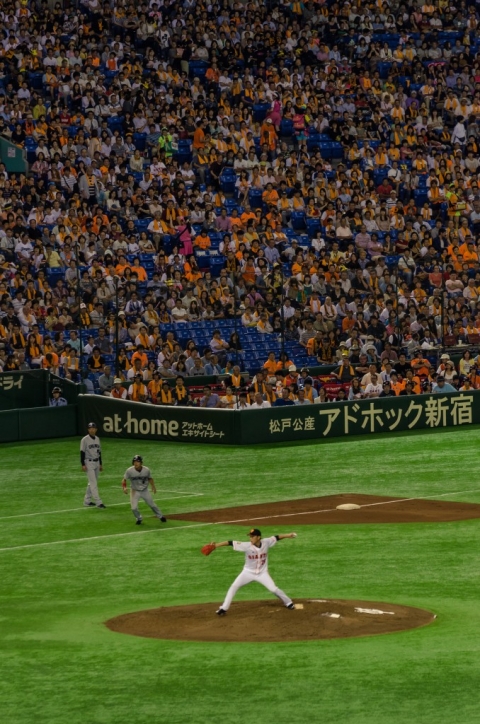 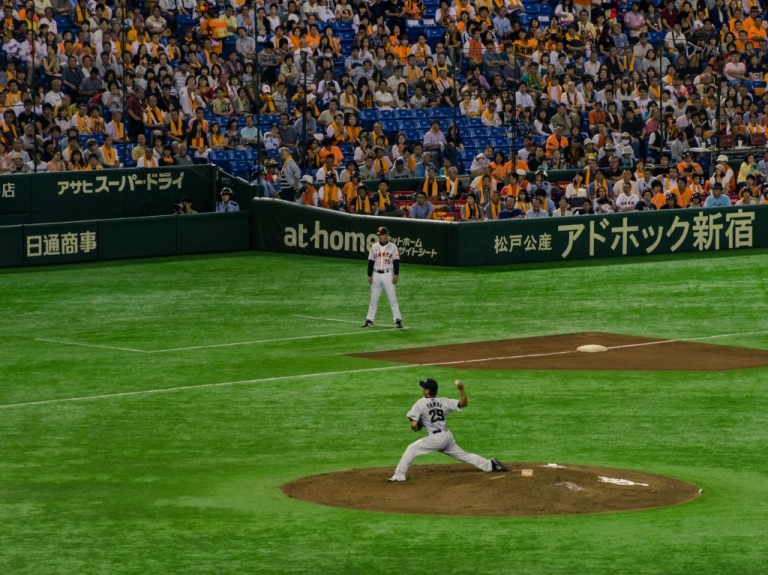 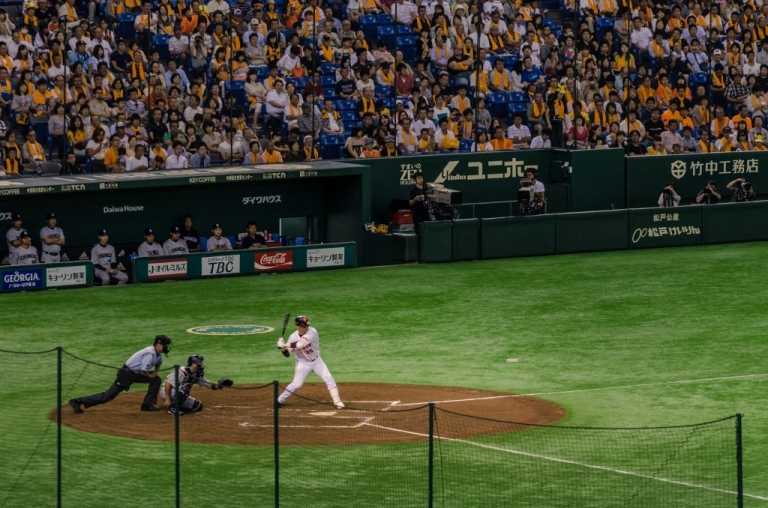 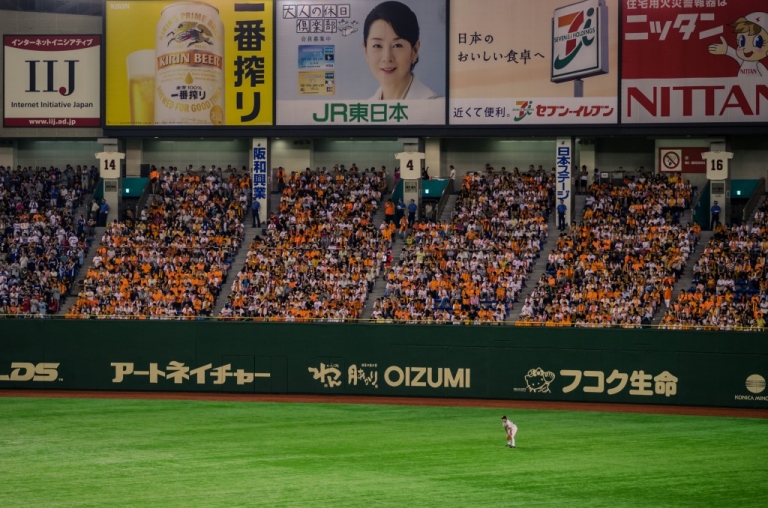 The fan experience I think was probably the most obvious difference between games in the US and Japan. From food to cheers, it’s a whole different ball game. For example, where would you find edamame (soy beans) at a baseball game in America? Thankfully, they did have hotdogs too. 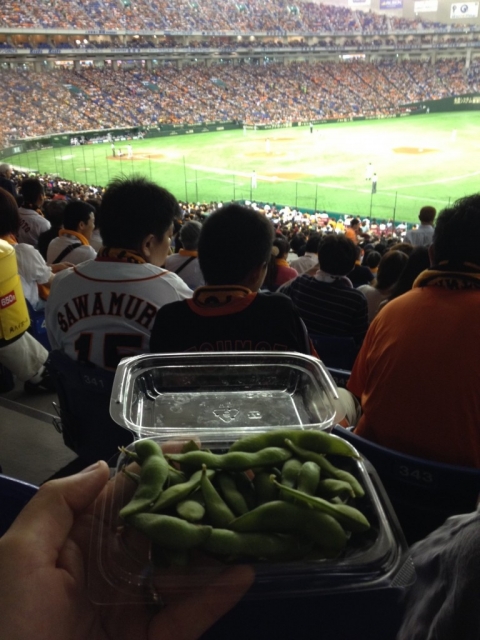 Need a refill on your drink? Just ask a vendor to come over and fill it up using their handy backpack dispenser (I bet their backs hurt after these games!). 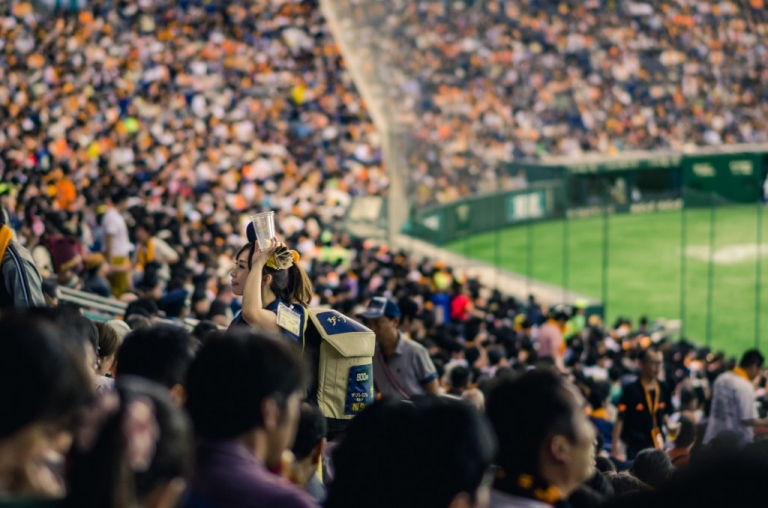 When the team’s down, drape out a huge banner and sing along with the band, and don’t forget to beat your plastic bats together! 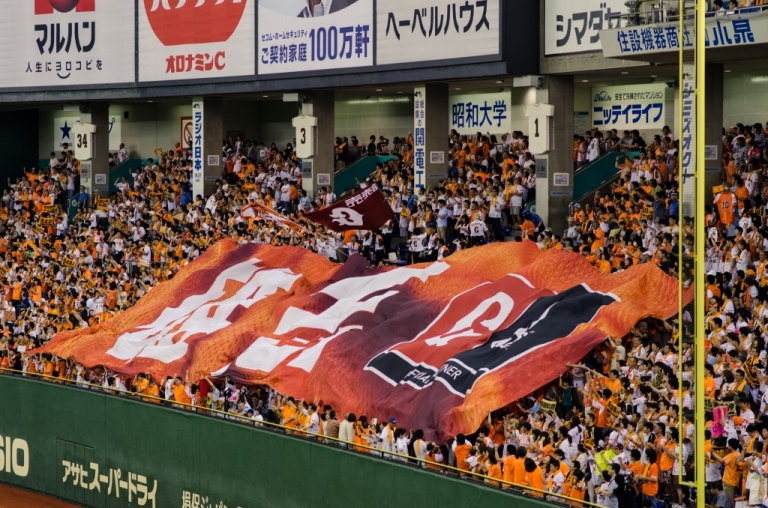 Here’s a short video showing one of the chants they were doing as they were trying to get back in the game.

Although they got into the game, I was impressed by how calm most of the fans were. When foul balls came flying into the crowd, there wasn’t a huge fight for the ball. In some cases, people hardly even stood up. Fans were also extremely courteous. At one point during the game a person behind us spilled some popcorn … and began picking ALL of it up! Toward the end of the game, people walked around with trash bags so you could toss things before leaving. That was convenient, and a very different experience from anything I’ve seen in the US.

Overall, the game was a great experience and I hope I can go again sometime. If you’re ever in Japan during baseball season, I definitely suggest you take the time to visit a ball game. If you like baseball as much as I do, you’ll be glad you did. Oh, and for the record, the Giants lost, but it was still lots of fun. 🙂